While we should be approaching the first full week of baseball, we sadly live in a world where the coronavirus pandemic has taken away all sports, including Major League Baseball. While there is hope and optimism that baseball will still be played this year (particularly after the MLB and MLBPA came to an agreement on guidelines for a shortened season), the possibility that the 2020 season is canceled is still a realistic possibility.

With that in mind, let’s examine one main part of the agreement between the two sides and other news from around the league.

While much of the conversation between Major League Baseball and the Players Association was in regards to what a shortened season might look like, one of the biggest compromises that the owners had to make was in regards to service time.

For those players who played a full year last season in the majors, they will receive a full year of service time even if the season is completely canceled.

This one will be especially tough for Dodger fans to swallow as there is potential that Betts will become a free agent despite never having played a regular-season game for the team. Betts, who was acquired from the Boston Red Sox in exchange for Alex Verdugo and Jeter Downs, is scheduled to become a free agent this upcoming offseason.

While the Dodgers could still net a compensation draft pick if he signs elsewhere, this is a big hit for L.A. and their farm system.

The Houston Astros are in a unique position because if the season is canceled, then their entire outfield could have played their last games with the Astros. Josh Reddick, Michael Brantley and George Springer are all scheduled to become free agents, but Springer is by far the most significant.

Springer is just 30 years old, so he will be in high demand, and while the Astros will likely try to re-sign him, he could look to go elsewhere to escape the sign-stealing controversy that has clouded the team.

There aren’t too many elite catching options in the MLB, but Realmuto is certainly one of them. Not only is he strong on the defensive side, but he is arguably one of the best hitting backstops in the game, too.

While the three previously mentioned players will be at the top of the free-agent class next offseason, the Arizona Diamondbacks’ Robbie Ray will be a solid option for teams looking to help their rotation.

With all of that in mind, it does not appear that Arizona is in a rush to lock him up. According to Zach Buchanan of The Athletic, the two sides were not in talks of a contract extension prior to the agreement between MLB and the Player’s Association.

This is important to note as the agreement has put a freeze on all transactions and negotiations between teams and players.

After acquiring Madison Bumgarner and Starling Marte this offseason, the Diamondbacks are probably clamoring for an opportunity to play this year (even if it is a shortened season), but regardless of whether they play or not, it looks like it could be the last season for Ray in Arizona. 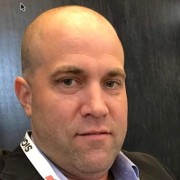