Gary Loveman, former professor and CEO of one of the world’s largest gaming corporations, was inducted into the Gaming Hall of Fame in 2013 for his extensive work focused primarily on developing the gaming industry to become geared towards improving the experience of customers.

In 1989, Loveman acquired his Ph.D in economics and moved on to teach as a professor at the Harvard University Graduate School of Business Administration. His courses focused primarily on business management that focused on customer service.

In 1994, Loveman co-authored a paper detailing how service chains could increase their overall workload by increasing the quality of customer service and rewarding customers for being loyal. This led him to work as a consultant for large companies such as McDonald’s and American Airlines.

It was through his side career as a business consultant that Loveman worked with Harrah’s Entertainment.

In 1998, Loveman retired as an associate professor at Harvard to work with Harrah’s Entertainment as a chief operating officer. Between 1998 and 2003, Loveman was responsible for establishing and maintaining the Total Rewards management system. The system not only rewarded customers in an attempt to create a positive customer experience, but it also gathered information on customers to allow casinos owned by Harrah’s to provide a better experience for gamblers.

Loveman established a loyalty program not only for customers, but also for employees. This was in response to the findings of how effective the Total Rewards program was with customers.

In 2003, Loveman became the chief executive officer of Harrah’s Entertainment. Under his supervision, Harrah’s grew and became one of the world’s largest casino operators in the world after acquiring Caesars Entertainment Inc.

This allowed Loveman to expand the company from just 15 casinos in 2003 when he took over to 54 by 2013 after acquiring numerous gambling enterprises, which included: Horseshoe Gaming Holding, the Imperial Palace casino and the World Series of Poker brand.

In 2008, Loveman worked to allow Harrah’s Entertainment to become a privately traded company. The company would become publicly traded in 2012, which occurred after the company transitioned into the Caesars Entertainment Corporation.

Through the economics downturn experienced in the late 2000s, Loveman negotiated several deals that managed the company’s growing debt due to decreased profits. His restructuring saved the company and was even praised by the American Gaming Association president, Frank J. Fahrenkopf, Jr.

Loveman was so successful in consolidating and eliminating Caesars’ debt that he was able to lead Caesars acquire Planet Hollywood after recovering from financial crisis.

Loveman’s accomplishments netted him the recognition of the gaming and lodging industry’s best CEO for four consecutive years.

Loveman has worked outside of the gaming industry. He is a member of the President’s Export council and resides on numerous committees, such as the Business Roundtable’s Committee on Health and Retirement. 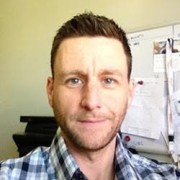